The left wing of the 4th Panzer Army's objectives were to smash the Russian defenses and capture Oboyan to the north. The advance was also vital for the flank protection of the 2nd SS Panzer Korps deployed to attack towards Prokhorovka. The village of Cherkasskoye was the first obstacle for the 48th Panzer Korps.

During the night of 4/5 July, German engineers prepared lanes of attack through the dense minefields. After an hour artillery preparation German assault teams launched their attack at 05:00.

Grossdeutschland Panzergrenadier Division which was the spearhead of Knoblesdorf's Korps hit the heavy defensive line in front of Cherkasskoye. 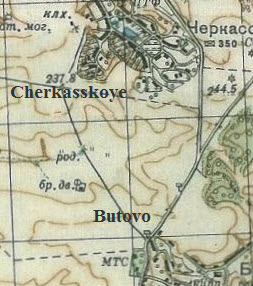 * 2-Rifle Stands upgraded to AT Rifles 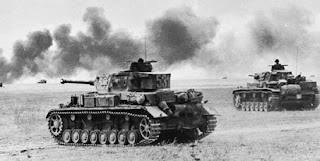 1-Tiger Company with:
2-Tiger I

2-Tank Companies each with:
3-PZ IV

Panzer Grenadier Regiment Grossdeutschland
1 Gepanzert Abt with:
1-Abt HQ (CV9)

2 Infantry Companies each with:
3-Rifle Platoons in Sdkfz 251/1

3 Infantry Companies each with:
3-Rifle Platoons

Sturmgeschütz Abt Grossdeutschland
1 Sturmgeshütz Abt with:
1-Abt HQ (CV8)

Deployment
"I did see aerial photographs of the Soviet fortifications in the days before the offensive. I think our artillery had those. It clearly showed the antitank ditch, but the infantry positions were difficult to make out. Next to it were surely a lot of "fake" positions, which could not be identified as such on these photographs. Minefields were not recognizable. The whole sector up to Cherkasskoye had been heavily fortified."
Lieutenant Jung-332nd Infantry Division

Game is played on a 6x4 table. The Russian side takes the short table edge closest to Cherkaskoye as their board edge, the Germans take the opposite short edge and leave the room.

The Russian side deploys their Anti Tank Ditch across the table from long edge to long edge ensuring there is at least 2ft between the German table edge and the leading edge of the ditch.
The Russian side then places half of their fortifications   (rounding up).

The German team nominates a player as their recon element. They have 1D3x30 seconds in the room to make a map of the table. May mark, measure and take notes of the Soviet deployment. May not ask any questions.

German recon then leaves the room to report back to HQ, and formulate their plan, divide up their units into formations and use their recon map to mark where each formation will enter the board from (e.g. +Xcm from left hand corner).

The Russians then deploy the rest of their fortifications.

The Germans take the first turn and deploy via mobile deployment

Objective
At the end of 12 turns.

Germans take Cherkasskoye  (have 3 Infantry and an HQ stand unsuppressed anywhere in Cherkasskoye at the end of the turn) without being broken. German victory.

Anything else is a Russian victory.