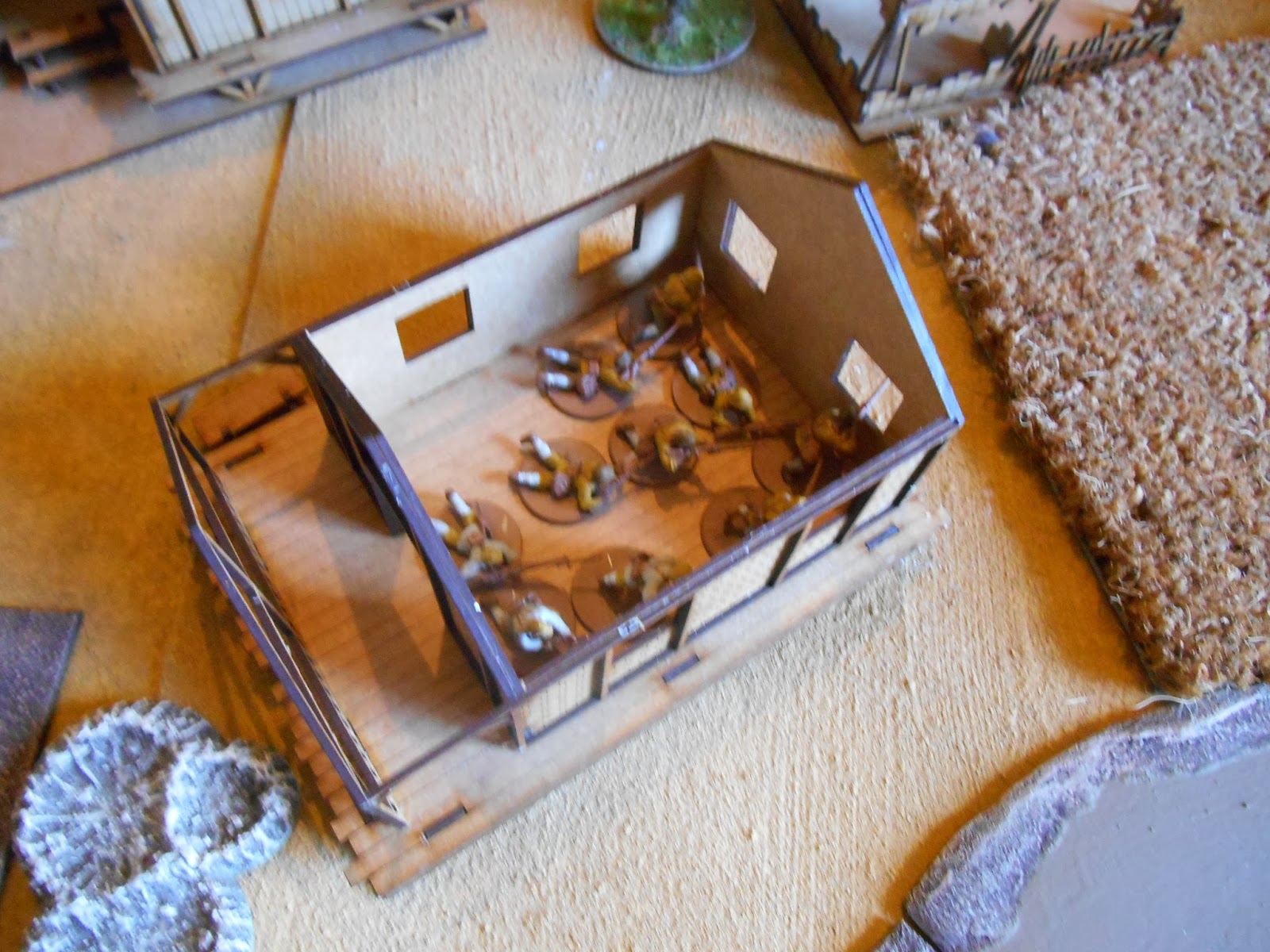 So after our Burma Firefight game we switched up the carnage from patrol to reinforced platoon and cracked out Bolt Action. 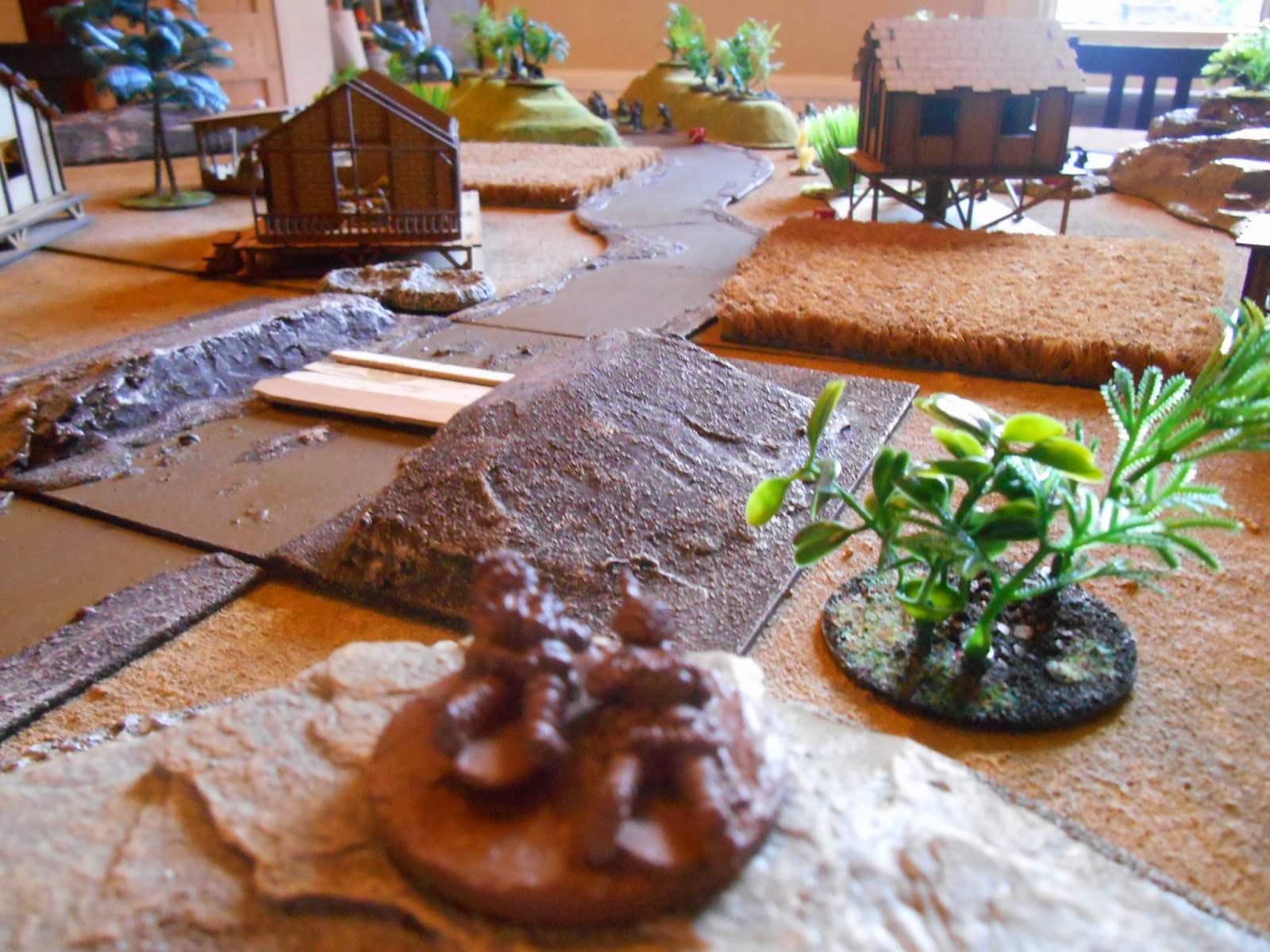 The board set up stayed the same and we decided the Japanese who had scraped control of the village would play as the defenders in a hold untill relieved game (chuckle, sorry, hold until relieved, sounds a bit rude). Japanese played again by myself and Sutton San were joined by Mickey San. Sam and Jon were again running Sam's Chindits. We set up a Sniper over looking the objective (a river crossing) and a squad of infantry took up position in a building. 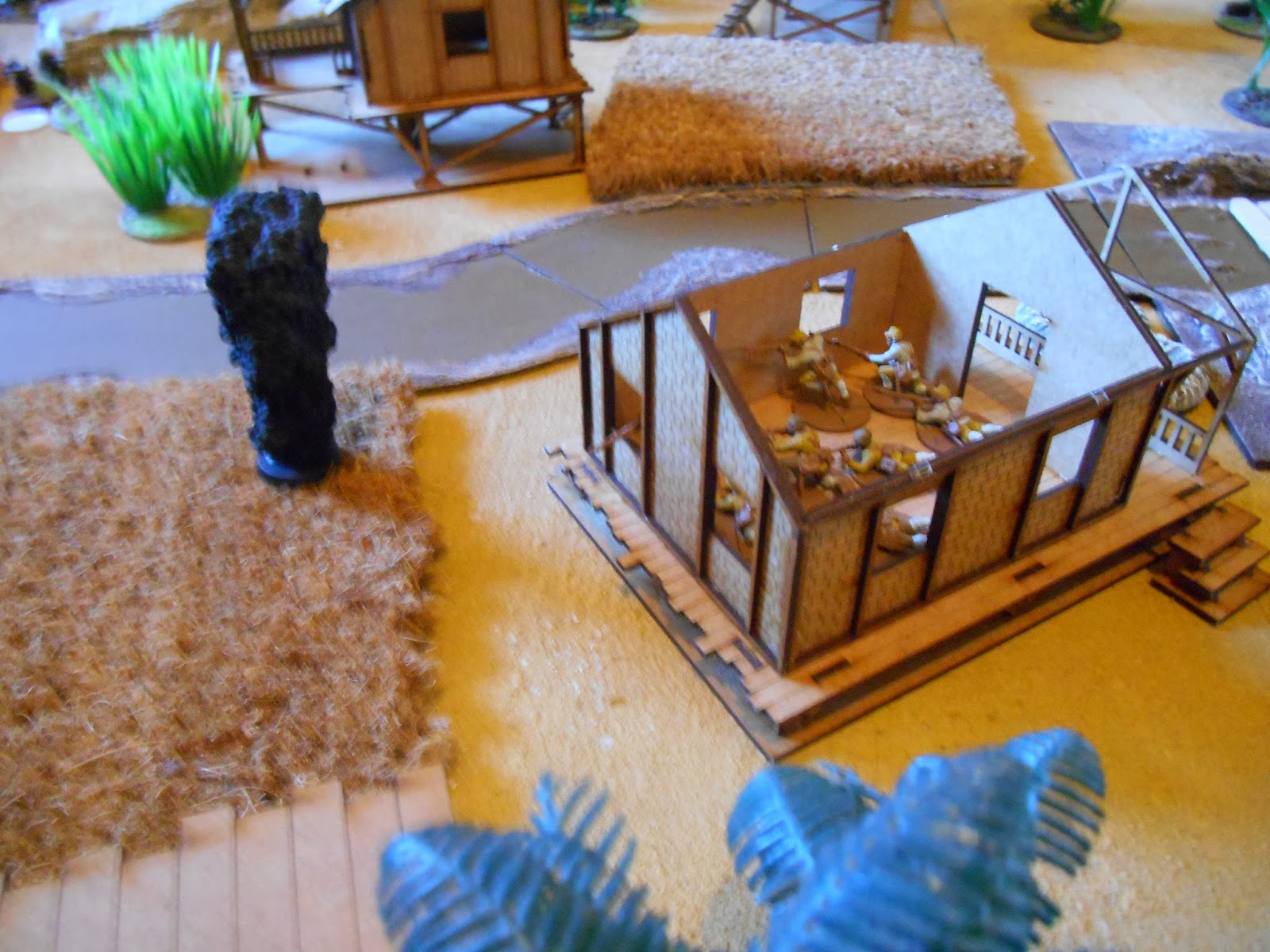 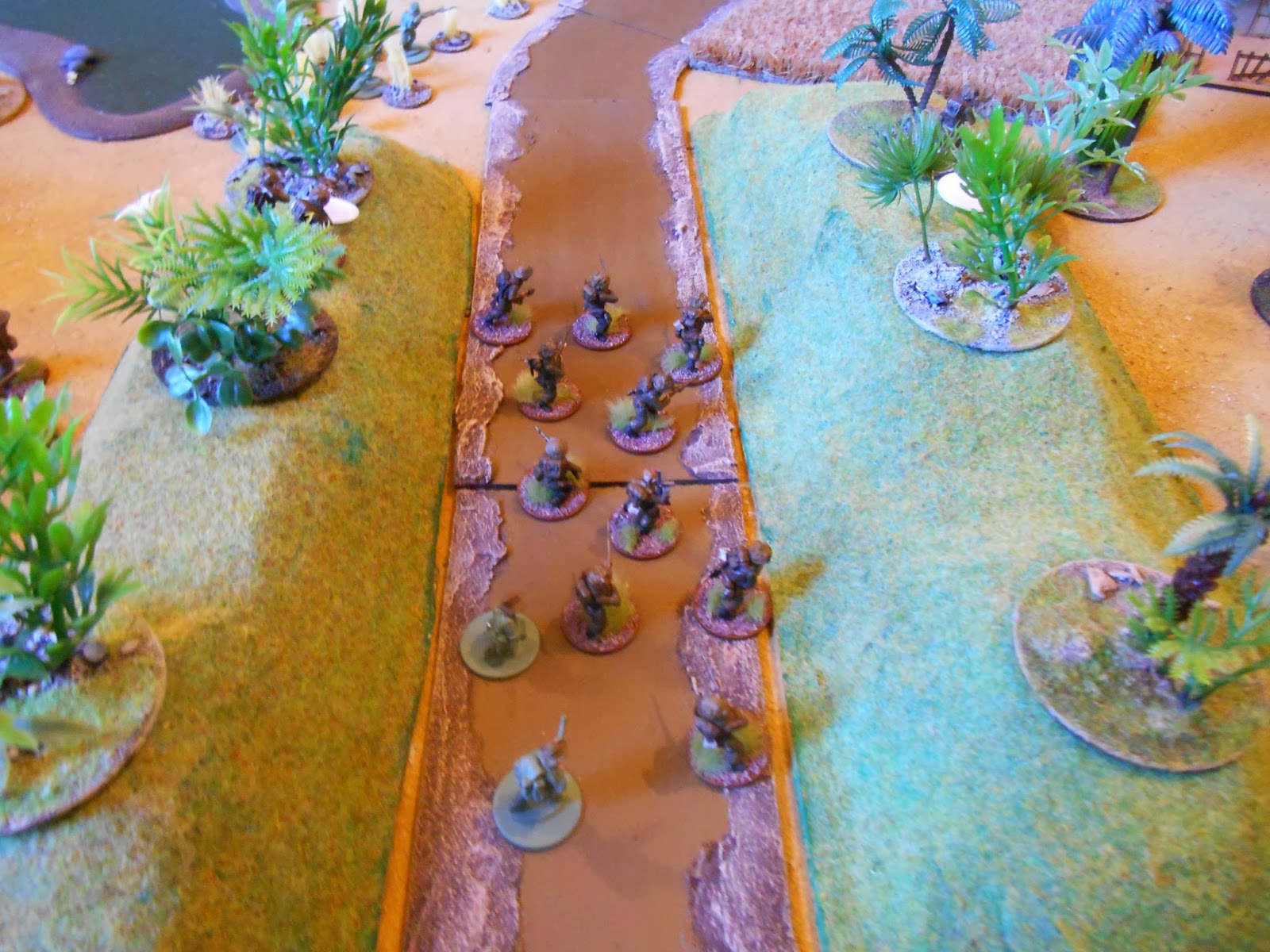 The Chindits deployed to the southern edge of the village and got to start with a number of units hidden. 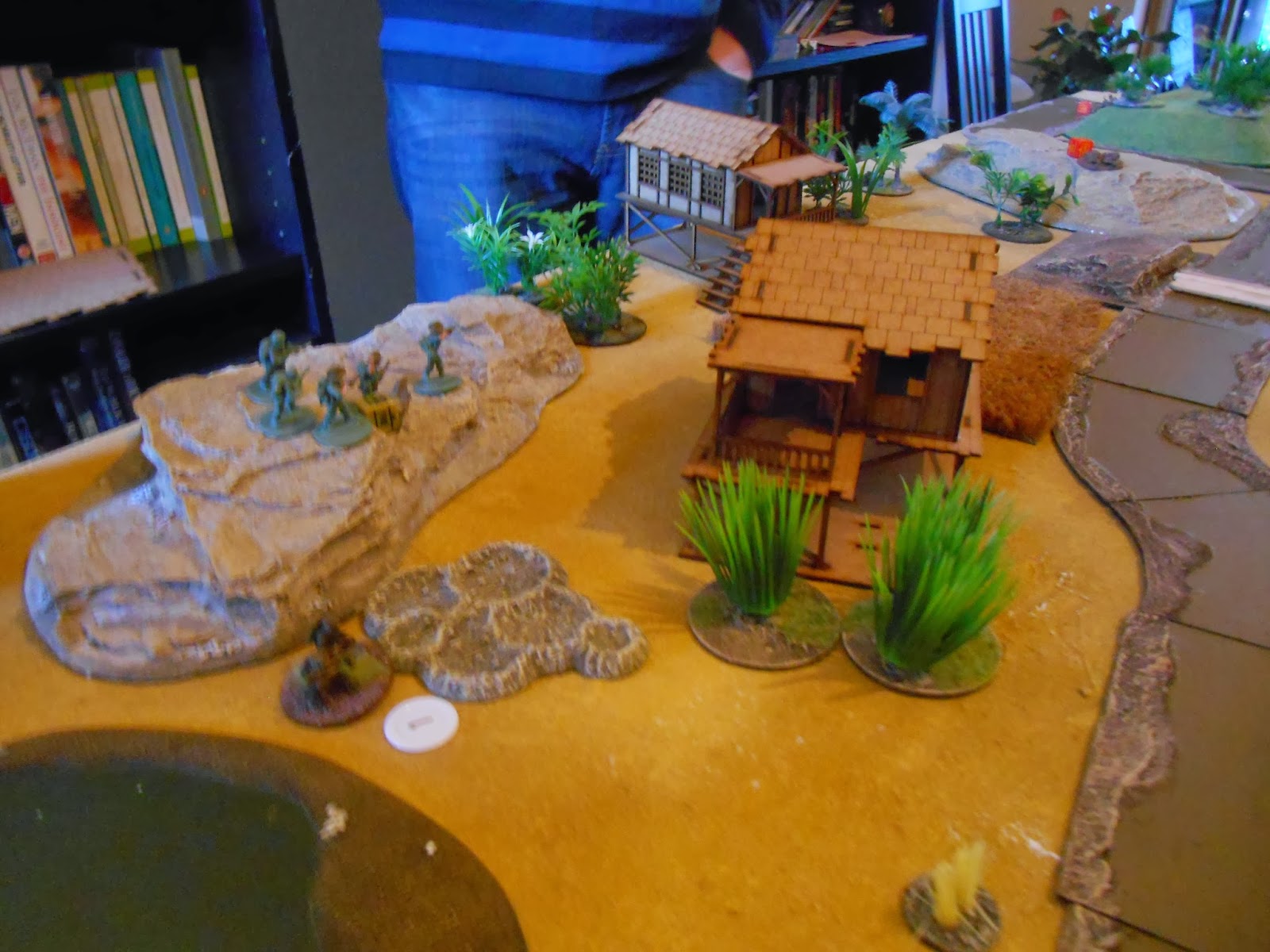 Both armies were chosed from the Burma 44 theater selector. 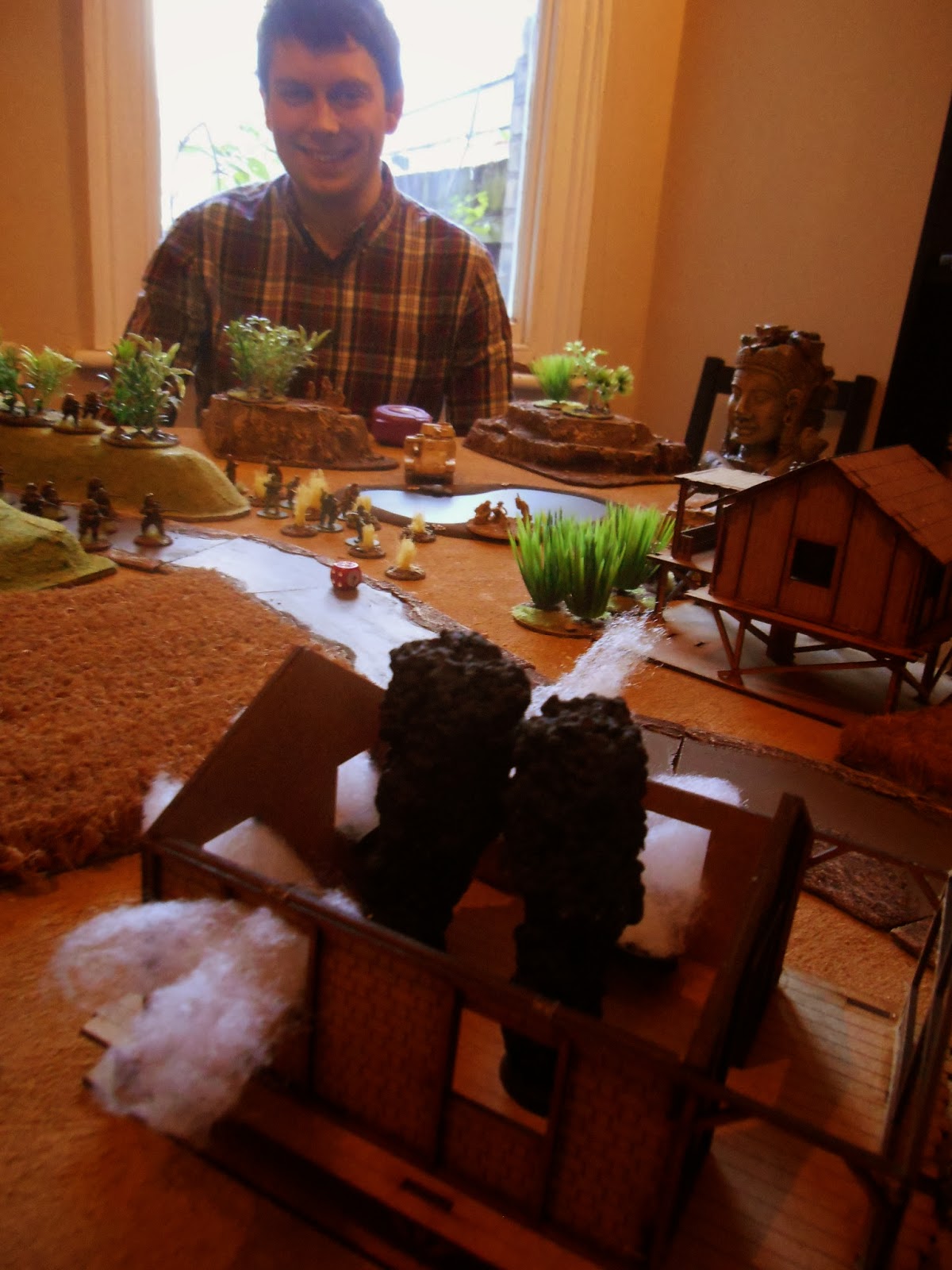 First turn action as the Brits Grant comes on and blasts the Japanese unit from their billet! 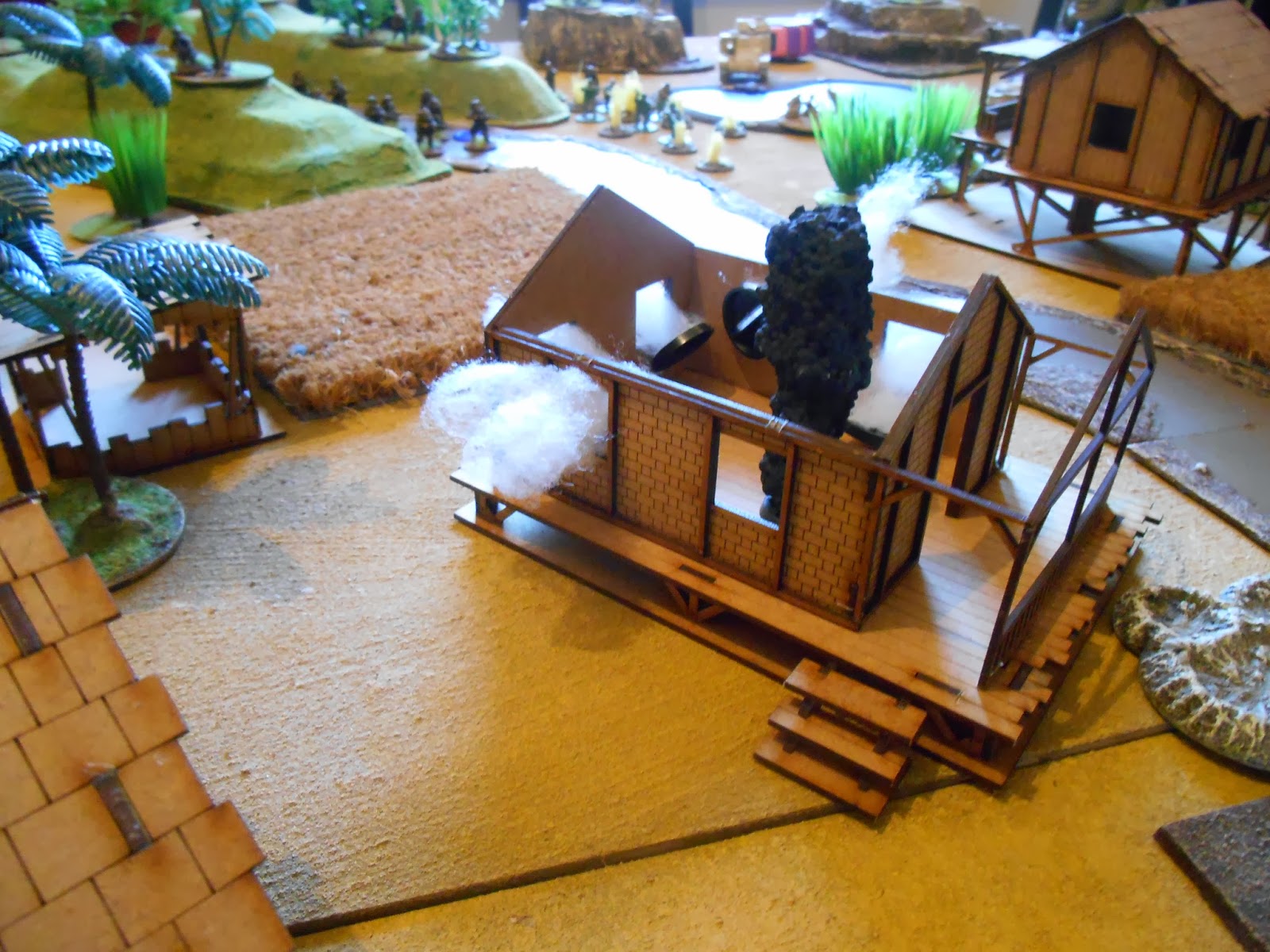 After losing our forward squad of infantry quickly, we played a cagey game with the Japanese using cover to move the other 4 squads close to the objective taking minimal fire, and using our support assets to slow the Chindit advance with Pins. You can see the Ho-Ni (?) just at the edge which traded long range shots with the Grant effectively keping it tied up 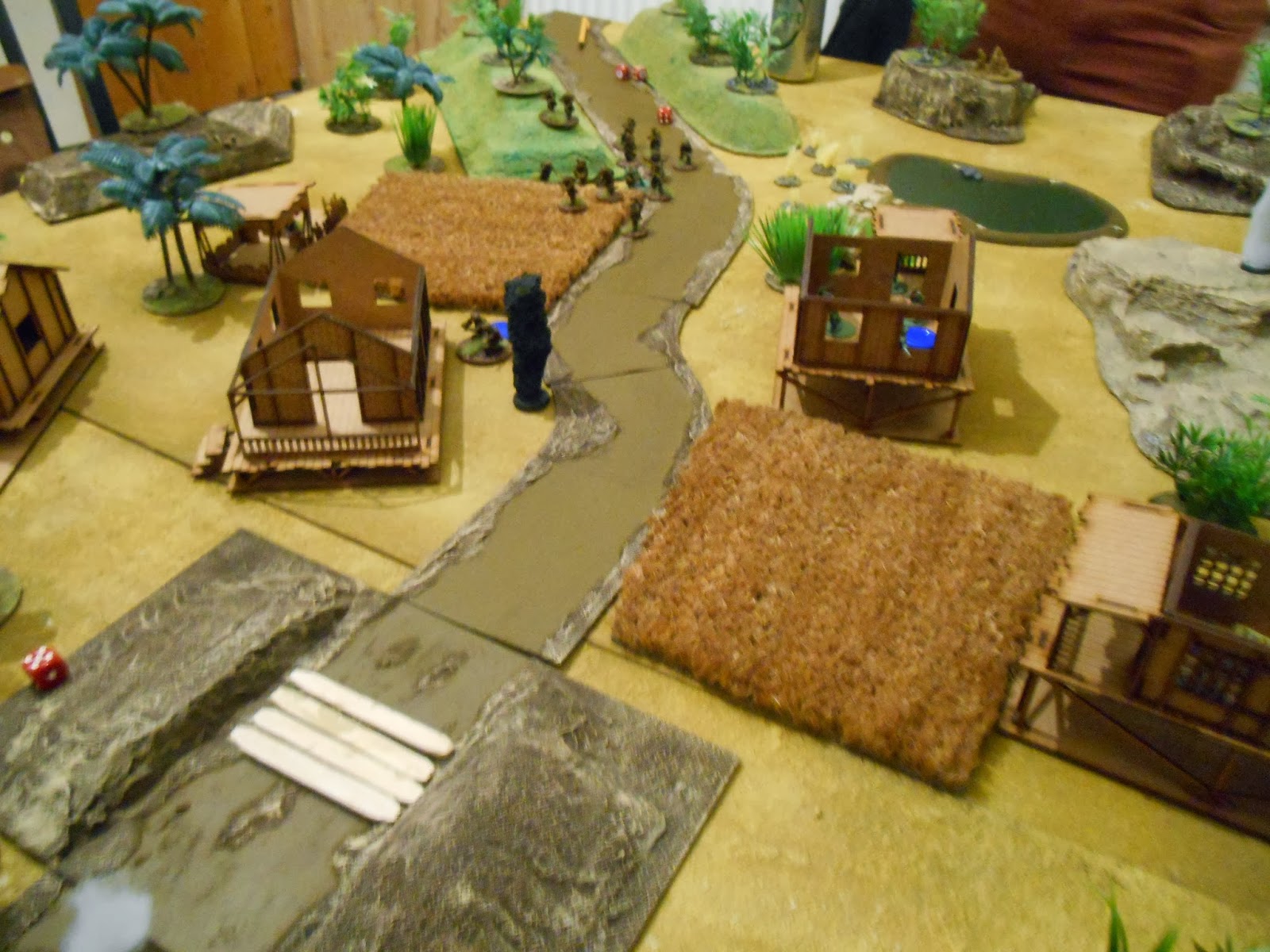 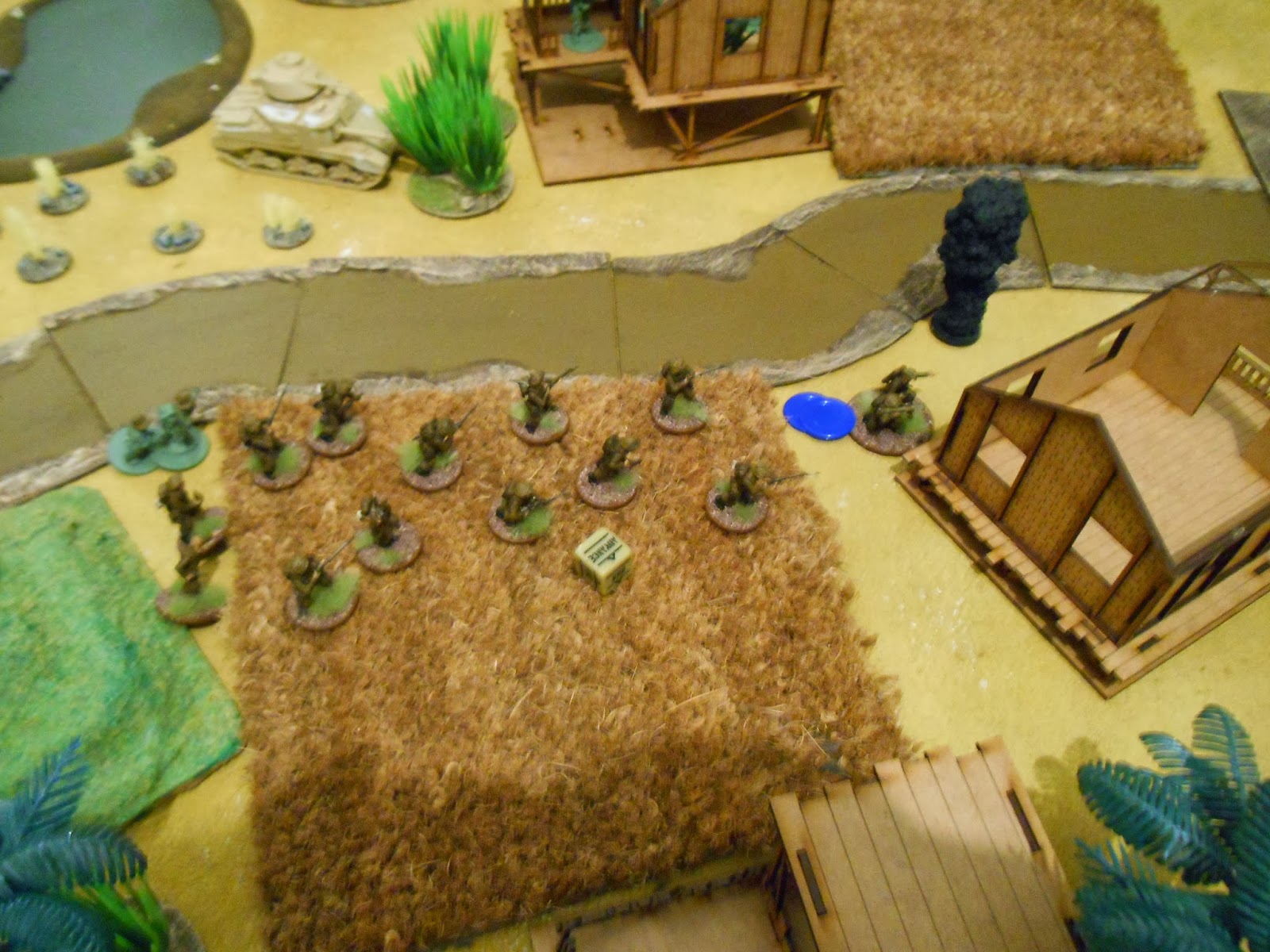 Once again in a game of Bolt Action the forward artillery observer (British) manages to call in fire on his own troops. 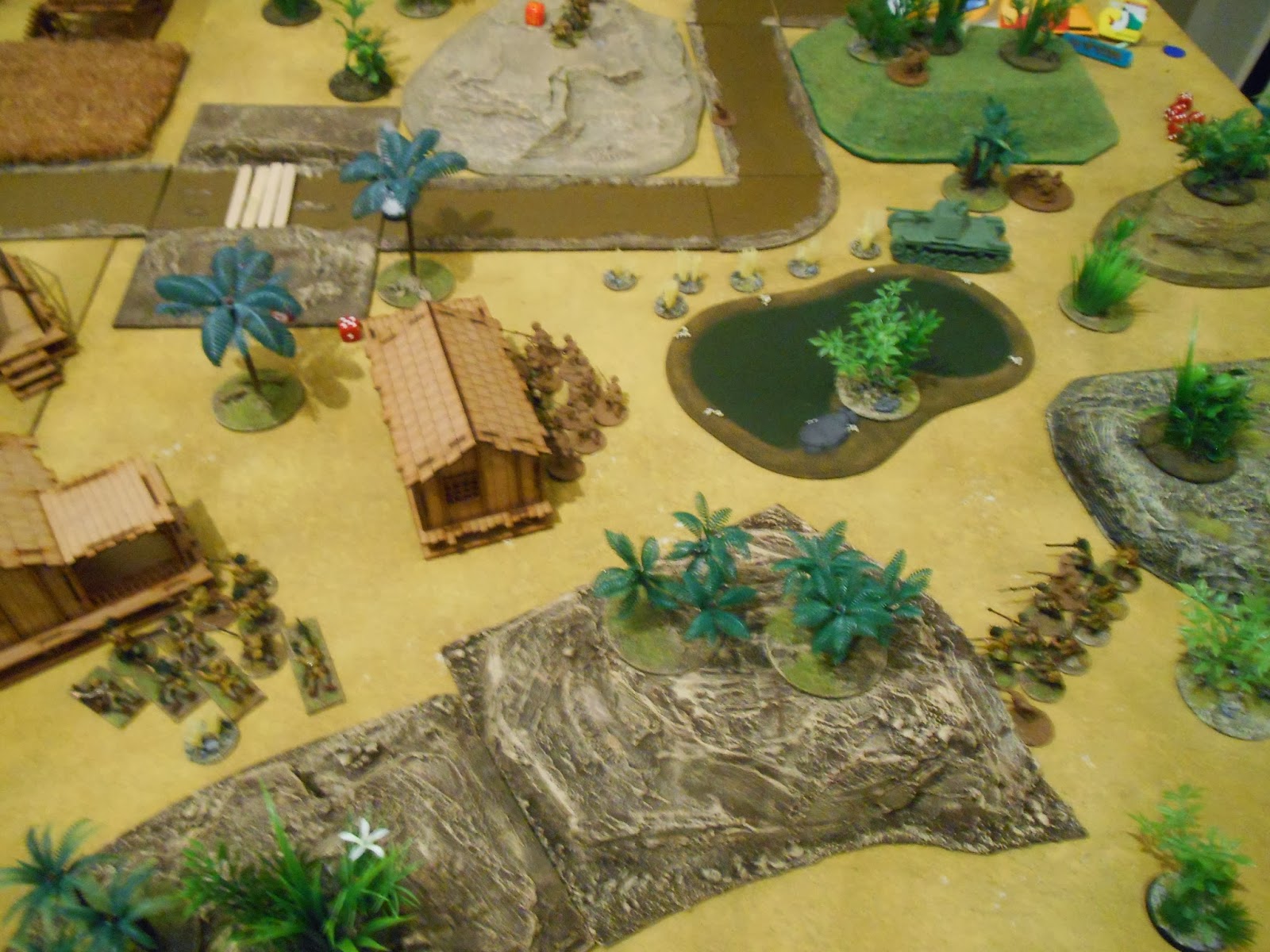 In the end the Chindits ran out of time before they could mount a convincing assault on the river crosing and the day was carried by the Japanese.