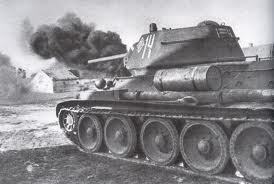 Last night was our first game of Blitzkrieg Commander after about a 5 year hiatus.

It was a test not only of the bravery and tactical acumen of General Sutov and Commander Von Cleweswitz but also a test of learning a new rule set, new scenery and playing an untested scenario, with unbalanced forces. A far cry from our normal style of "you pick 1750 point's I'll pick 1750 points and we both line up and try to kill each other"...although there was to be fair a lot of trying to kill each other took place.

Anyway enough waffle, on with the battle report


Sinelnikovo, the Ukraine, 21 February 1943 or "The Second World War is fundamentally broken" 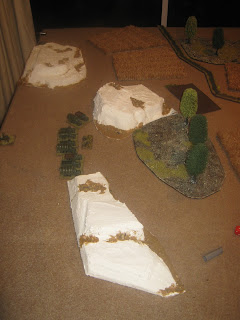 Russian turn 1
The Motorized Rifle Battalion comes in on the German left flank, the tank Company Commander blows his orders roll and they remain lurking off table. 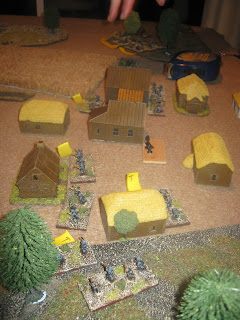 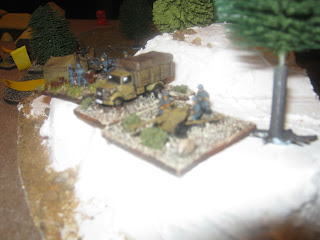 German turn 1
Germans quickly limber up a Pak 40 and move it up onto the hill on their left flank so they can get shots off at the trucks packed with infantry, luckily for General Sutov the CO is unable to issue enough orders and the Germans do not get to unlimber until turn 2. 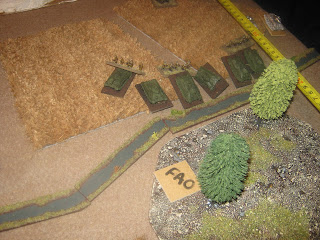 T34's arrive and power down the German right flank. making up time with a fortuitous double order (snake eyes on the order dice). You can see the German FAO lurking in the woods (proper model pending) 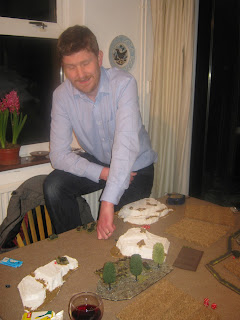 General Sutov gives the order to his infantry to dismount (note heroic pose). 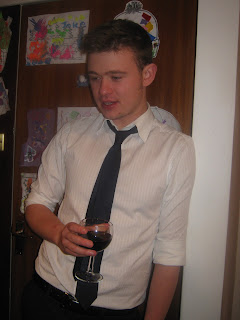 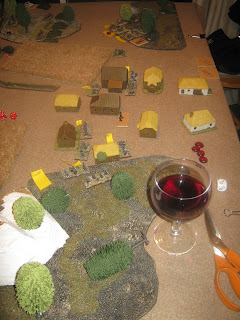 Russian Tanks make quick progress on the German right flank ignoring the best efforts of the off table German 150mms and Pak 40s to supress them. 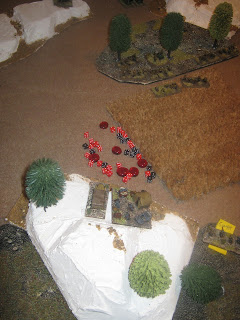 Commander Cleweswitz learns the difference between a dug in Pak and a Pak that is only in cover..i.e. one dead Pak 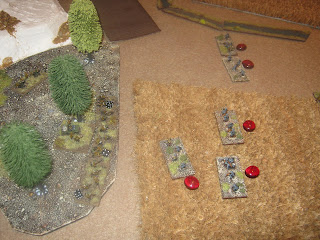 Germans get bored and decide to launch an Infantry assault on the malingering Russian Motorized Div. Much to everyone's surprise they managed to carry out an effective attack stopping the infantry cold. 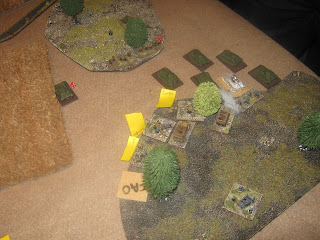 Russians already unable to effect an early turn 8 breakout decide to get on with it and power past the German positions completing a minor Russian victory on turn 11. 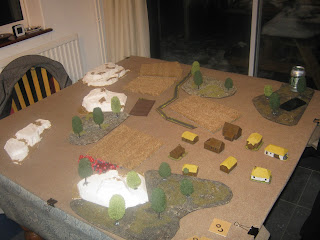 The table looked great. the door matt fields fitted right in at the 10mm scale and considering they took 5 minutes to cut up and cost £5 totally exceeded expectations. May well cut one or two of them in half again for a bit more flexibility in organising them. Ed's N Guage trees look great (I got mine through the mail today) but I will be making some smaller mdf bases for them to stand on to suplement the large area 28mm scale ones I used last night (I think you need a lot of small pieces of scenery for 10mm). Special shout out to General Sutov for bringing along a stream and finishing off painting his entire village, lovely work mate. I will be cutting some base boards to stand buildings on just so it's clear when stands are in built up areas, but plan to leave the buildings free standing so we can mess about with arrangement add/remove as required. Hills are good, about the right size. At first when I laid out the scenery the table felt very cluttered but in game it seemed to work OK, allowing for Russian manoeuvres but forcing extra command checks as units transitioned between terrain types.

Blitzkrieg Commander is a dice-fest no mistake. Rolling to issue orders, to hit, saves and then suppression really adds up. We couldn't work out if you could roll multiple units attacks at once, we thought no, because a second suppression equals a fall back. Would be nice if it was all simplified into a single roll that took into account the chance to hit/kill/suppress. Shall have to see how it scales and obviously we'll get quicker with practice. On the plus side it does seems to model the action  well with formations grinding to a halt, stands getting suppressed and left behind, units in the open being gunned down but dug in troops are like ticks. There's a fair amount of crunch and it fits my reading of the theme.

Would have helped if I had cheat sheets for the units statistics so that the two Commanders could have referenced rather than waiting for me to flick between rules and army lists, will get that done for next time. In fairness they had memorized (or were just making up) quite a bit by the end of the game.  General Von Cleweswitz noted that the way the order system is set up front loads the tension into the orders phase instead of the normal stress over if you hit or not (he still couldn't suppress anything). 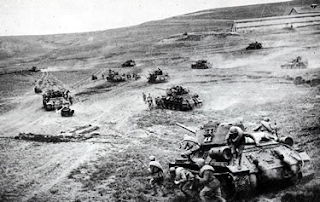 See previous post for scenario details. After being presented with his rather meagre force of infantry and the news that the Panzer Faust was not going to be issued to his troops for at least another 6 months General Von Cleweswitz pointed out that "The Second World War is fundamentally broken". The Russian's do have a large advantage in their armour and were able to affect a breakthrough on turn 11 shrugging off the Artillery and Paks. General Sutov was convinced he could have done it much quicker but got distracted slowing down to have a pop at the Germans. He's probably right, although if the German CO and a bit more of the infantry had been present on the right hand flank...anyway the game was fun to watch and it looked like they were enjoying it so result.

I would like to return to it again and see if the Germans can win it or if it needs a tweak. The German infantry certainly gave the Russian Infantry a bloody nose outside Sinelnikovo. In all I'm happy with the forces and scenario, it was certainly fun planning them out. Would be good to run as a learning scenario with the rest of the gang.

Whole thing played out in about 4 hours and that included all the rules questions a couple of beers and a bottle of red.

I think the historical research element adds a lot of enjoyment for me, I just can't be bothered to make up stuff for totally fictional universes.