In two games that can best be described as "Ed's fucked up his rolls again" and "Blink and you'll miss it, shocker!" The New Ork Giants scrape a 2-0 Win and the Human League romp home in a 7-0, 4 rush spectacular which catapults them to the top of the league and sends the lackluster Hornets down into 3rd place (where they belong) based on Rankings.

Only the Thunder Mountain Hoarders have a shot at the top spot with their game in hand against Ben's Robots a 7-0 win could see them take the title, a standard win would force a final against the Human League a loss and it would all be over for the plucky midgets.

Dreadball Space Cadets League: Round 4 Results and Round 5 Fixtures

Dreadball Space Cadets League: Round 4 Results and Round 5 Fixtures

Results are in and the Green Hornets have topped the league after their narrow victory over the Thunder Mountain Hoarders. In other news the New Ork Giants finally grind out a win against an unlucky Human League side. Mid table evens out but there is still time for an upset.

Managed to get a game of X Wing in against Phil No Pain Saturday night. Been itching to get X Wing back on the table for ages and in particular to try out flying the TIE Interceptor. 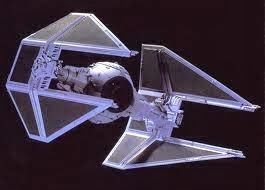 Have had a crush on the looks of this ship since seeing Return of the Jedi as a kid and have had four models kicking around but just hadn't gotten around to fielding them. The number of actions these babies have on their card, great Attack and Agility and their super nimble maneuver dial looked real fun but with only 3 hull a piece and relatively high cost the question was how long would I be able to keep them alive.


So as this was Phil's first game we picked his list together;

Nothing fancy there. Han is solid at dishing out hits and the 360 fire arc would mitigate my maneuver advantage. The Dagger and X wing both kick out 3 dice each and add a lot of defense. Squadron has 14 Hull, 12 Shields and 9 Attack Dice, ouch.

Sabres with PTL looked pretty solid, being able to take two actions a turn for a stress token is sweet when combined with a maneuver dial with so many green maneuvers. Turr sounded fun with his free, boost or barrel roll action after an attack and I slapped on Expose so he could dish out an extra red dice and mitigate the loss of a green with the stealth device. The list kicks out 12 Attack Dice but with only 12 Hull it has to work twice as hard as the Rebels who have 26 total Hull and Shields.