A Ben Roberts Production in association with Darren Hardy Films
A long time ago in a galaxy far, far away...

Episode 1 - Attack of the Moans

It is a dark time for the Rebellion.  Although the Death
Star has been destroyed, Imperial troops have driven the Rebel
forces from their hidden base and pursued them across the galaxy.

Evading the dreaded Imperial Starfleet, a group of freedom fighters led by
Luke Skywalker has established a new secret base on the remote ice world of Hoth.

All of which makes fuck all difference to the four chancers currently pissing about at the
other end of the galaxy.  But even from the smallest seeds mighty flowers can grow.  And weeds.
Yeah, it’ll probably be weeds.  Seriously, you don’t know these guys…

Email ThisBlogThis!Share to TwitterShare to FacebookShare to Pinterest
Labels: Actual Play, Edge of the Empire, RPG 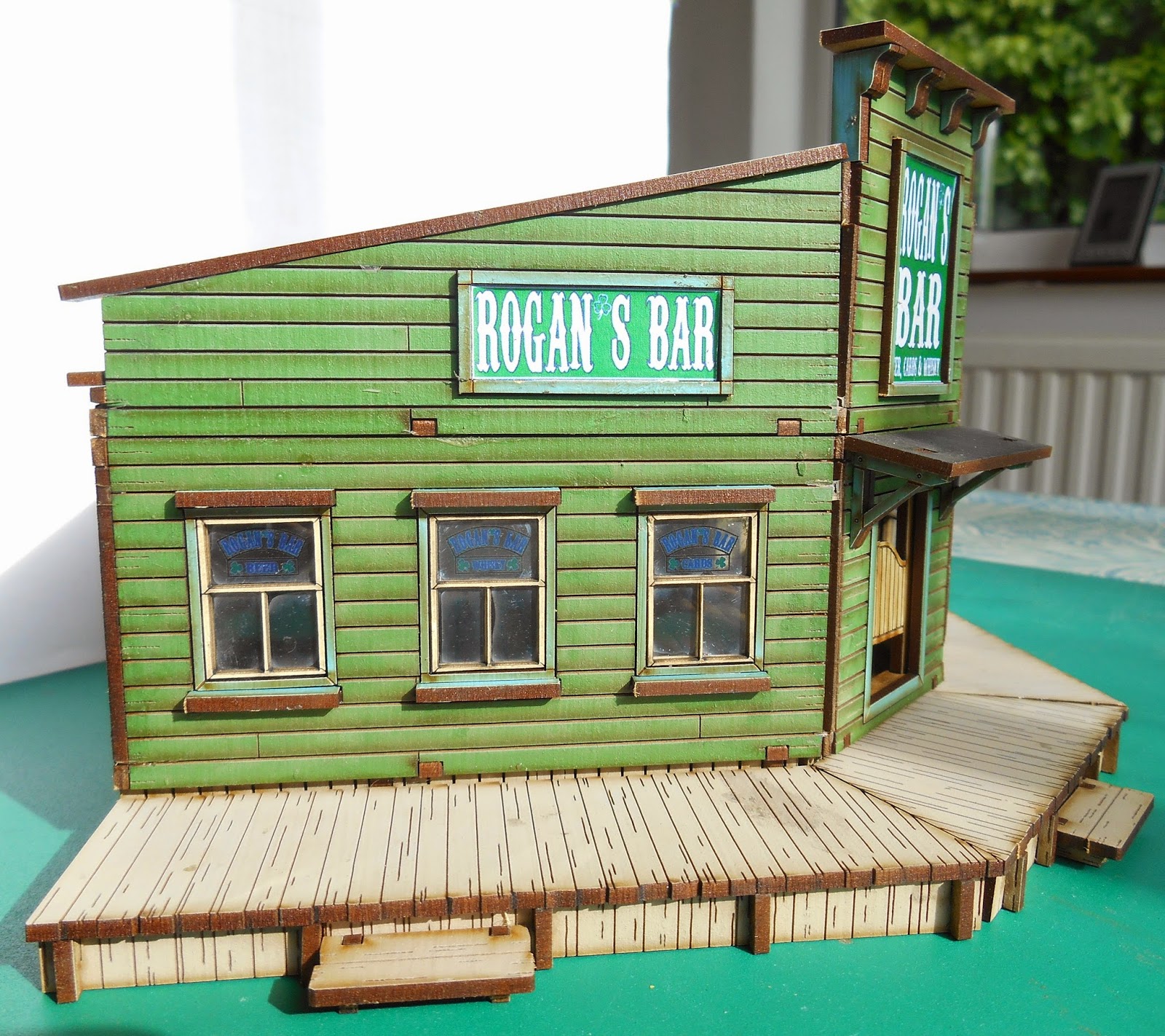 Really enjoyed building this, the kit goes together real easy, and looks great when finished. Worth every penny to buy pre-painted scenery. 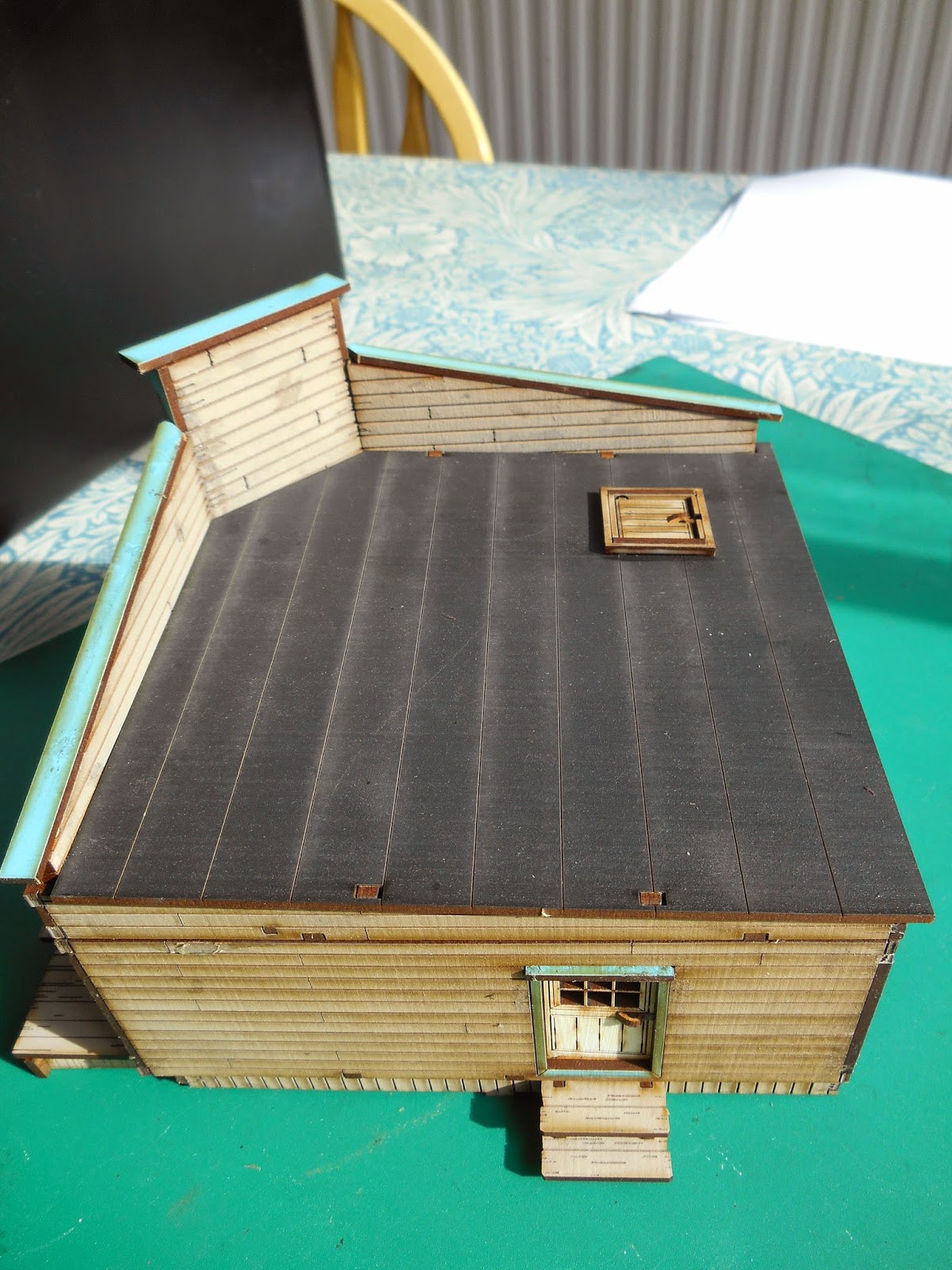 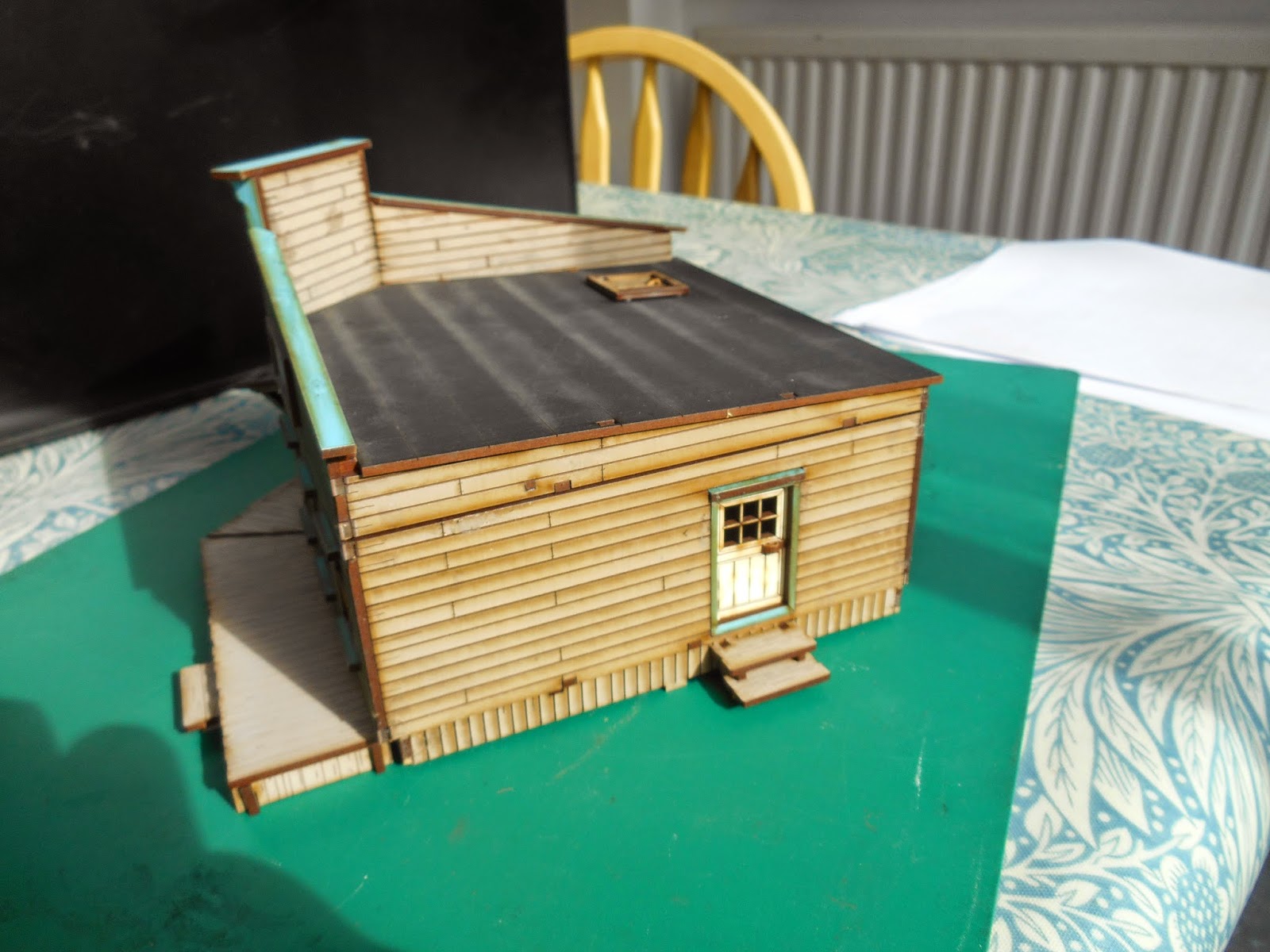 All done bar sticking on the optional flyers. Feel obliged to add an actual bar and some tables and chairs to smash over tiny model heads. 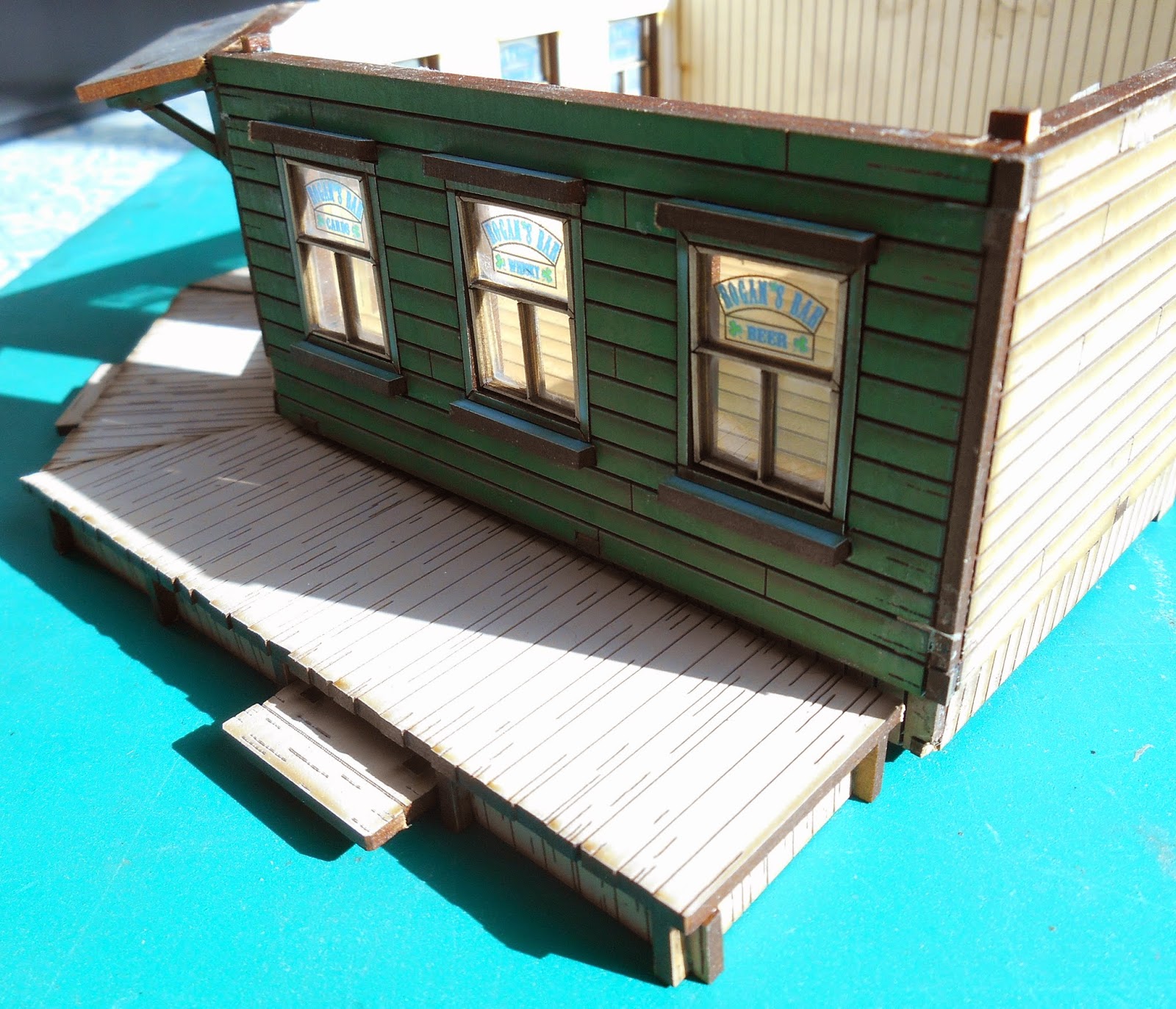 Never really thought of "dressing" scenery with furniture always seemed a bit doll house. Also I'm used to building GRIMDARK tm bombed buildings or bunkers and the primary requisite is fitting a unit of 10 in and making it as unambiguous as possible about how the piece works on the table. 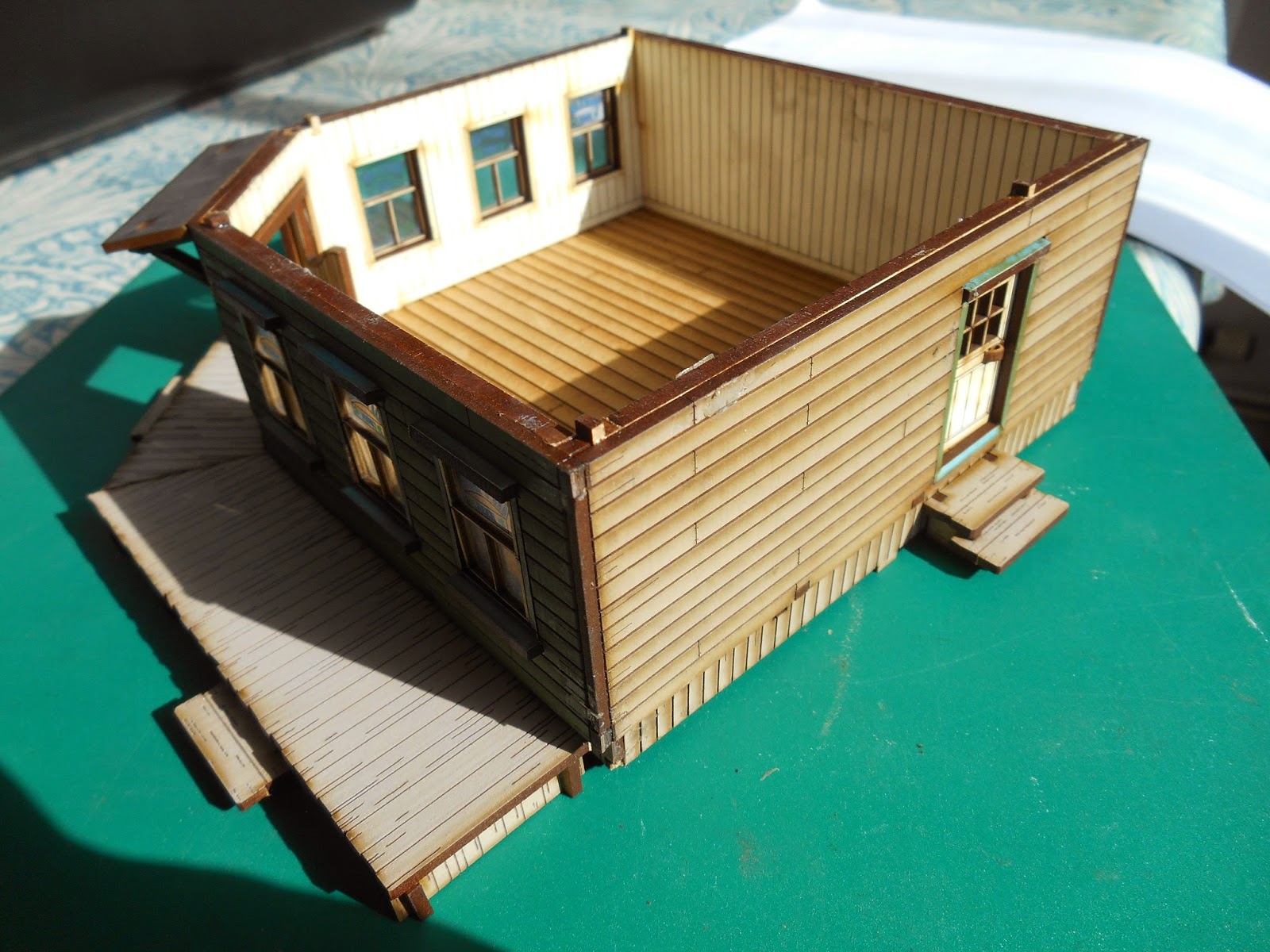 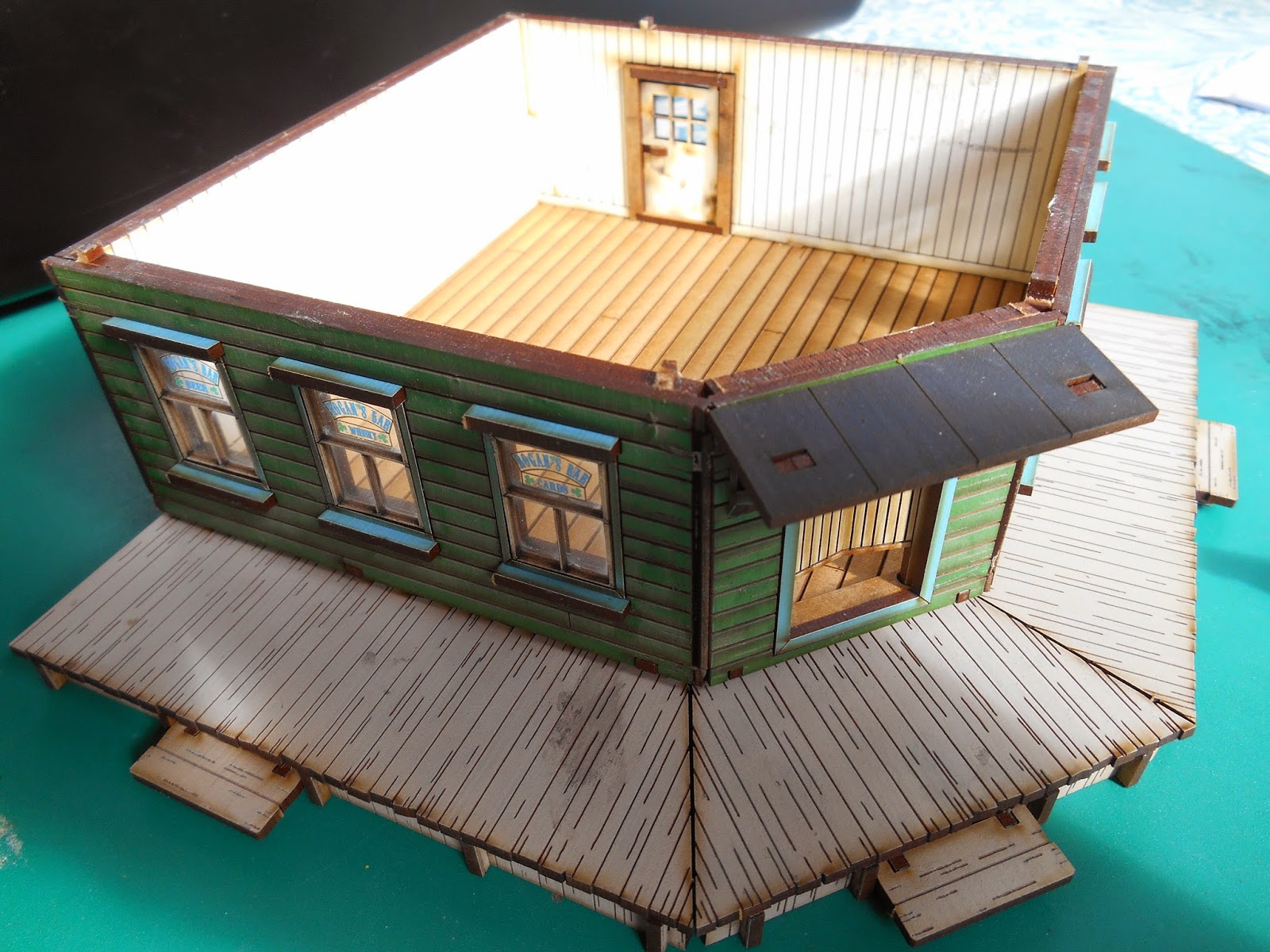 Skirmishing a few models means there's a lot more room inside those buildings for extras and seems right to make the extra effort to personalize the piece.

Plus looks pretty empty without something in there...
This was my first foray into laser cut MDF scenery and will definitely be looking to aquire more. Already got my eye on some landing craft from Sarrissa. 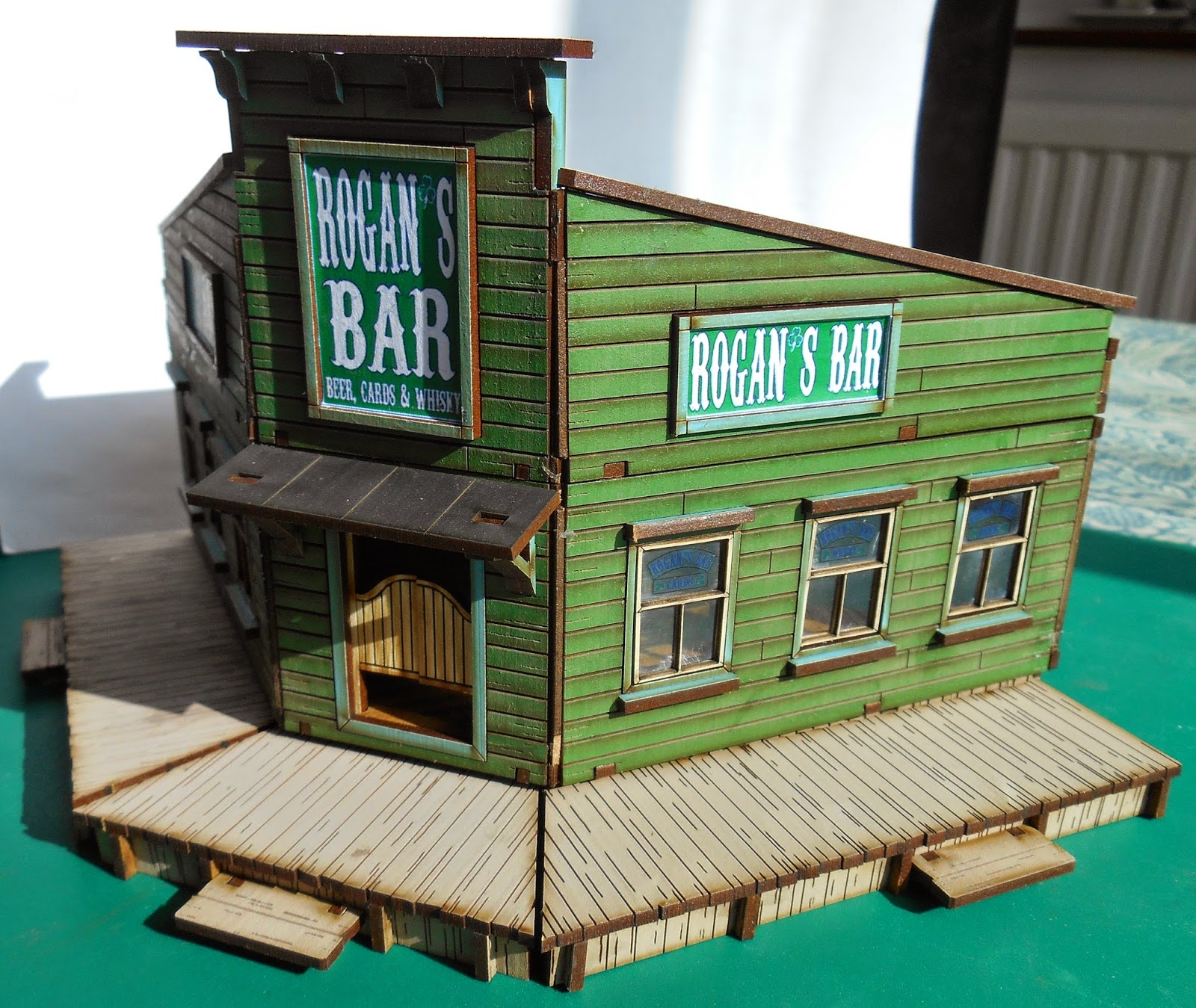 See you at the bar!