A second round of games was played month 2. Eurgh no comment from the 3rd.

The HG Score a win over the 3rd Infantry to move up to 3rd place and the Italians defeat the Gebirgsjager.
Axis 3
Allies 5 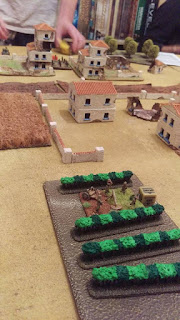 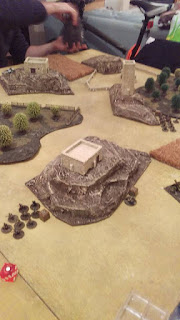 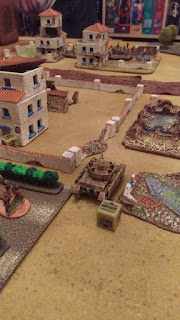 So the clanking of treads and rattle of machine guns have gone quiet and the dust has settled on month two of the Bolt Action escalation league.

Scores on the wars are..

3pts for a win 1pt for a draw
This month saw the jeepborne airborne and the Italians go head to head for top dog. The HG Division even managed to snag a win dragging the Gebirgsjager down to their level.
Campaign

This puts the Allies further ahead. As the second game was blue on blue only the US/Italian game counted.
Axis 2
Allies 4

Everyone completed their allotted painting tasks, although for some it was touch and go (thankfully for me the check in was delayed a week). The US 3rd did not see the field due to a bout of illness striking their HQ.

So final month is upon us already and we all have our final 500 points to add,  remember: