Joint bottom of the leader board with Darren, with him edging ahead of me on 'painted miniatures difference'.

Relegation form and no mistake.

What have I learned from losing both of my opening games? Well not much from my first game verses the Jeep meta. That game was so broken that it barely seems worth analysing. My second game verses the perennial side swapping Italians was closer. If I'd been paying a bit more attention I could have snatched it by utilising the Kubelwagen variant on the Jeep meta. Once I'd failed to pinch the game, I was noticeably short of anything to tackle a flanking flame-thrower tank and was reduced to throwing veteran squads at it in close assault.

It's time to pull myself up by my bootstraps, suck up my half time oranges and learn & apply the lessons of a tough first month. Or more likely, misunderstand and forget. So firstly, how did my initial game plan and team selection work out? (Obviously quite badly given that I lost two games. Did I mention I lost both my games?)

Given that I lost both games (both games!), I was relatively pleased with how the core of my list played out. The vets with lots of dice performed admirably in chewing up infantry, the sniper got bogged down in sniper vs. sniper at times but did chip away at NCOs and teams. Without it I'd be vulnerable to enemy snipers. My Kubelwagen, as noted, gets me with the Jeep meta and gives me a chance at cheesing my way through missions, while the MMG squad provides a good fire base providing it's got lines of sight, and is small enough too throw in the Kubelwagen for some objective jumping. I'm a bit 'meh' about the mortar team. A shell ploughing all the way through a building and not exploding to til it reached the empty ground floor will do that to man. Maybe I need to take a hint from Darren and re-read the rules on smoke to open up some situational options for this team.

The two biggest shortcomings of the list at 500pts were a lack of bodies and a lack of anti-tank options. I can only see more tanks coming my way as we move up to 1000pts and every Allied list is likely to feature at least one Sherman.

So, what does this mean for my next 500pts? Seeing as there are still no campaign points available for looting or morphine addiction, I'm going to have to ignore the nagging question of 'what would Hermann Goering do?' and concentrate on wringing the most out of 500pts in a way that complements my original choices, provides me with more options, particularly for fast movement and tank-busting, while not being so complicated that I forget to do something in the heat of the battle.

So first to the tank. We all need a tank right? Everyone else has got one so I'm not going to be a wallflower. German's do tanks in a big way. I've settled on the regular Panzer IVG with schürzen. So that's DV 9 and a heavy anti-tank gun. That should make any self respecting Allied tanker sit up and notice but wont attract the cries of 'cheese' that a Tiger might. Plus it's only 235pts.

With that sorted, I've now got some anti-tank in the list. If my previous matches have taught me anything -- beyond how bad I am at actually playing wargames - it's that I need more anti-tank options. So I splash out on a Panzerfaust wielding para to add to my assault rifle toting squad.

Given that I need a few more bodies at 1000pts, I've also included another squad of Fallshirmjagers. This one is 7 strong, with an LMG and two further Panzerfausts.

This leaves me with a few more points to play with. If I've learned one thing ... hang on ... two things, from my two defeats so far, one of them is the value of movement. You could call it the Jeep meta. So my remaining points are sunk into a regular SdKfz 251/1 half track. This is a mobile MMG platform that can transport up to 12 infantry models.

One big fuck off tank with a big fuck off gun
3 one shot anti-tank weapons
8 more bodies
A half track with a MMG.

Now watch me demonstrate how not to play this list.

What would Hermann Goering do? 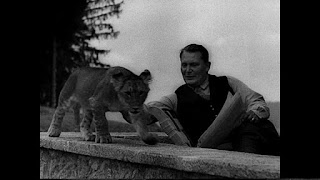