We may have run out of steam a little after month two (not in the least because Ed appears to have adopted the Fabian strategy that if he doesn't buy any miniatures, he can't technically lose a game) but it's now a new year full of new opportunities to miss painting deadlines.

At the very least I would like to use the next 500 points to round out a full Bolt Action platoon of Paracdutisti (with options) that we can then use in the newer, shinier and more Henry Hyde approved World War 2 games such as Chain of Command and Battlegroup which are already starting to turn heads in our gaming group - including mine. 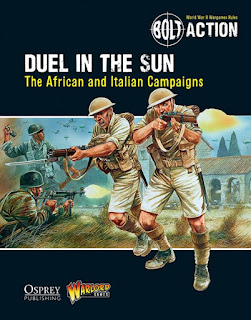 Plus, it seems rather chulish to bring our Italian campaign to a close just before Warlord Games release their theatre specific book for the Mediterranean conflict, backed full of juicy new scenarios...